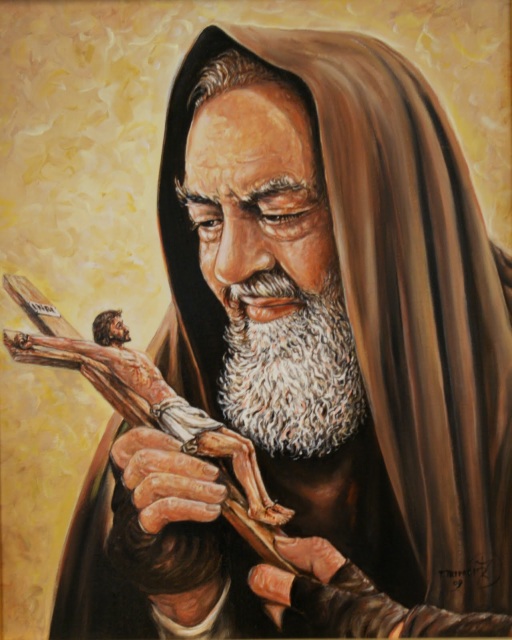 Fr. Pio Mandato, a Franciscan hermit in the Diocese of Scranton, PA- Fr. Pio Mandato FMHJ is a Franciscan priest living as a missionary hermit in the Diocese of Scranton, PA under Bishop Joseph C. Bambera, D.D.. Fr. Pio was born in Italy. His parents came from Pietrelcina in Southern Italy, where Sainst (Padre)Pio, the famous stigmatist priest was from. They knew Padre Pio well. Fr. Pio received his first Holy Communion from Padre Pio before coming to the US to grow up in New Jersey. He entered the Capuchin Franciscans at age 17, where he received his Franciscan formation and later priestly formation. He was ordained in 1985 as a Capuchin and has been involved in various apostolates throughout the years, from hospital chaplaincy to working with the homeless in NY and to giving retreats and doing healing masses. He is also one of the founding Fathers of the Franciscan Friars of the Renewal. In 1998 he was accepted into the Diocese of Scranton and began living a life of prayer as a hermit in solitude and at times going forth to preach.

A hermit, he comes out to do retreats especially that of Healing.

This retreat he will be speaking of the Feast day Our Lady's Visitation and a contemporary example of life of servitude in Padre Pio. There will be Holy Mass, Adoration and the veneration of the First Class relic of Padre Pio- a glove that he wore.